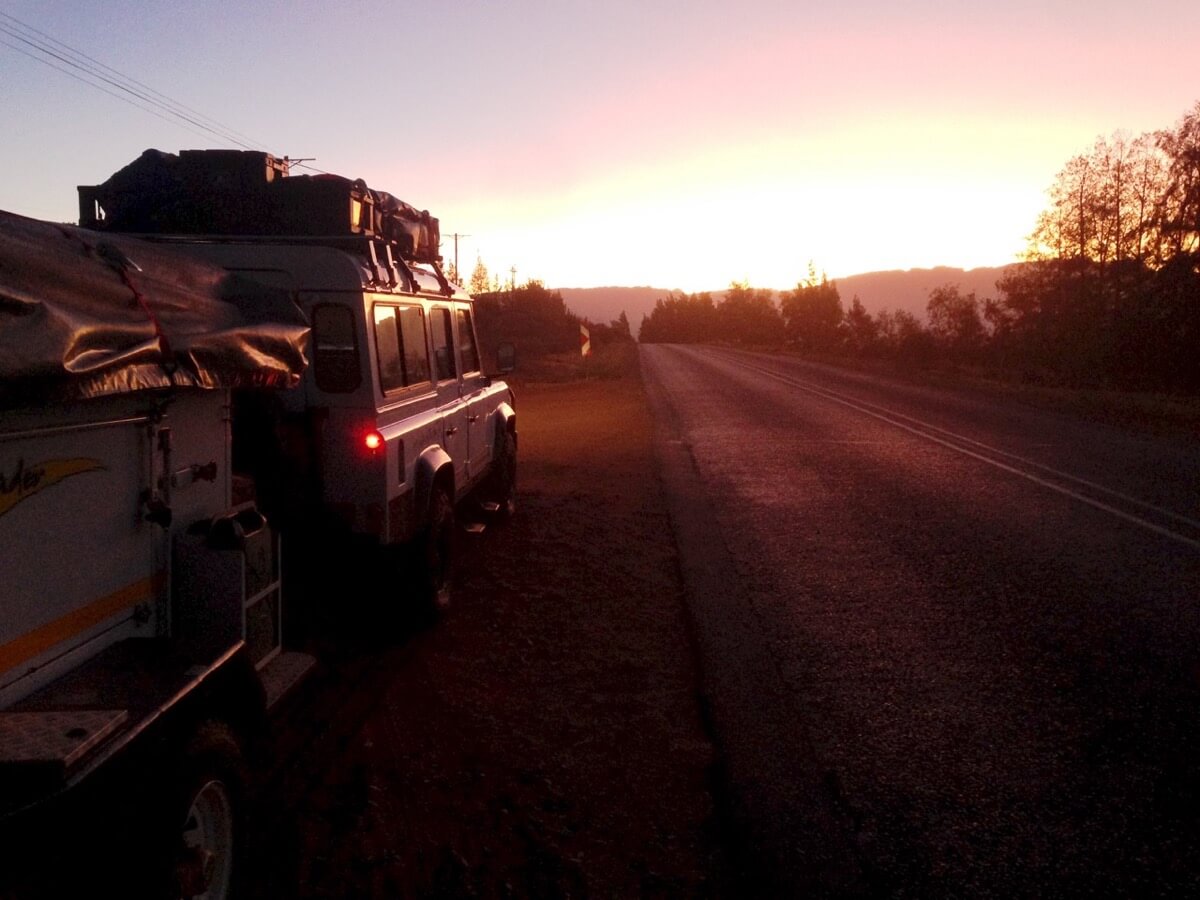 While “overlanding on safari,” you learn, over time, that there are essentially two kinds of people.  The kind that races from one group of parked cars to the next leaving a trail of dust a mile long, and secondly, the kind that creeps along at a snail’s pace, allowing nature to surprise them only as she can. I was forced into the latter category through my South African in-laws. They had been travelling on safari for multiple generations of Afrikaners since the establishment of the Dutch East India Company.  After several trips with them, I began to appreciate the slow pace of Overlanding.Safari in Southern Africa

Learning to take it slowly

Being an American, I was quite accustom to instant gratification.  Naturally, I was wondering why we too wouldn’t drive ahead until we saw a group of cars crowding the road.  Obviously there was something worth looking at, possibly a pride of lions or a herd of elephants. Of course, by the time you got there, you spent more time negotiating a spot where you might catch a glimpse of what was there. Tempers ran high and people were reluctant to give up their spot to allow the newcomers to enjoy it.  Often times I’d watch my father-in-law slowly drive past the group of cars without the slightest bit of interest as to what might be there.  As the day unfolded we would see amazing things take place.  The parks were full of animals. As we took the time to slow down and let it come to us, we appreciated the experience a lot more and inadvertently didn’t have to share it with a competitive group of fellow travelers.Safari in Southern Africa

It’s all in the detail

As I began to take my own trips with my wife, I began to notice all of the people rushing from one place to the next. One morning outside of Mata Mata, Namibia, we headed out at first light when the park opened.  It was a gorgeous day, not a cloud in the sky and often times in the first hour or so there is a transition between the nocturnal animals and those just glad they made it through the night. We creeped along as the sun rose over the crimson red dunes of the Kgalagadi and we noticed massive lion tracks along the road.  A silver SUV sped by us as if racing in the Baja 1000.  A few minutes later, they came whizzing by in the other direction.  We continued to creep along and, as we did, appeared an elusive black-backed jackal. Without another car around, we watched him appear and then disappear like a ghost with his silhouette fading against the rising sun. Slowing down and taking it all in had already made the day a special one to remember.

Taking notes from the lions

It wasn’t five minutes later that the silver SUV game driving by for the third time and stopped.  A frantic couple asked why we had stopped and what were we looking at. I didn’t tell them about the jackal but instead told them we were watching the sunrise. They looked perplexed and quickly asked if we had seen the lions. They, too, had seen the tracks and had raced to find them with no success. I told them we had seen the lions and that they were headed the wrong way.  They replied that couldn’t be so because they were following the tracks.  I simply smiled and told them the lions were walking backwards.