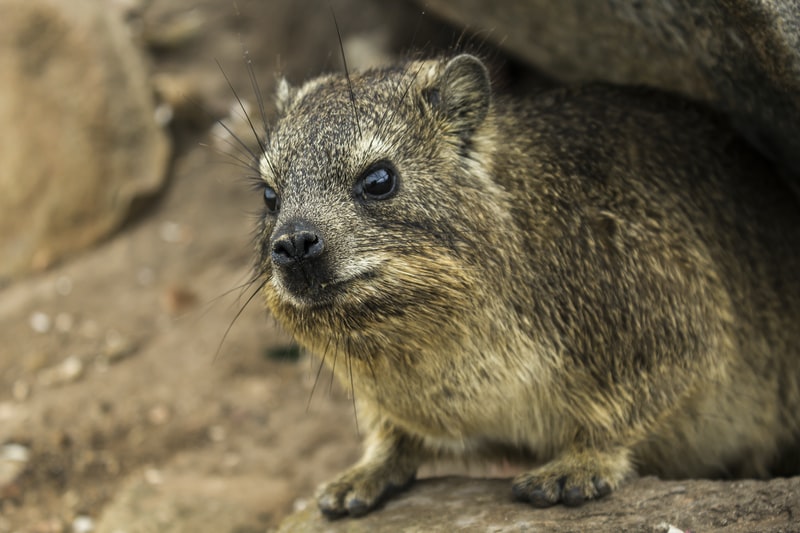 At Classic Overland, we know that Overlanding wouldn’t be nearly as exciting if the journey were predictable. After all, variety is the spice of life! The same goes with our Defenders. Affectionately named after exotic African wildlife, our Defenders are as different as can be. And each one takes on a personality of their own. Take our custom Land Rover Dassie Edition for example! Read below to see why this unusual creature inspired one of our most capable signature builds. And why it can instinctually steer you through mountainous terrain like its nimble namesake.

The Dassie goes by many names, which include the rock hyrax and a rock rabbit. However, in South Africa, they’re affectionately known as just the dassie. This rabbit-sized creature is found in the Cape on mountain ledges and crevices, basking away under the hot African sun.

Small and stout in stature, the greyish-brown Dassie is light on its feet as it finds its way in and around crevices. Remarkable padding on their feet gives this little guy the ability to climb vertically up steep inclines without slipping. If living on the edge ever described a cute little creature that lives dangerously, the Dassie would be it!

Overall, they appear to be docile creatures that go about their climbing and exploration activities, minding their business. And just generally keeping to themselves. However, don’t be too fooled by its calm demeanor. Believed to be a relative of the elephant, the dassies protruding two front teeth stick out like a sore thumb. Not just a quirky feature, these striking incisors can inflict serious harm on the unfortunate instigator. And despite their small size, they can put up a serious fight if they feel threatened.

Therefore, it comes as no surprise why we named one of our favorite Defenders after this skilled little climber with heaps of attitude!

Not one to be front and center, the plain shade of the Dassie blends naturally into the earthy tones of its habitat. Our Dassie Defender also comes in an understated neutral shade of Namibia brown. This sandy tone perfectly compliments the muted hues of mountainous and rocky landscapes.

And just like the dassie’s large, plumpy footprints that cushion and grip the loose and somewhat treacherous ground beneath it, the custom Land Rover Dassie’s BFG/AT tires and large Wolf 16″ wheels ensure that you stay grounded. Even as you go up and over mountainous tops and valley dips. And even still, as you meander your way through obstacle-like courses when off-roading and overlanding.

OEM-black air intakes ensure you don’t lose out on torque should you encounter particularly dusty roads on your off-road expeditions. The beauty of this must-have feature will also protect your truck should it get a little thirsty, and you need to tread water for a bit. And if fishing trips are your thing, the air intake feature on the Dassie will serve you well traveling over dunes and in and through water with a handy snorkel feature (which can prevent a harmful influx of water to the engine).

A plush interior: within a stout exterior

The plush interior of the Dassie Defender offsets the harshness of mountainous and rocky landscapes, enabling you to ride out your dreams in style. And should the road ahead get a little rough as you tackle sharp corners and unexpected bumps and dips, the interior of your Defender won’t feel it due to its immaculate interior, including heavy-duty rip-stop canvas seats and weather stop rubber floor mats. They are also heated, so you won’t feel the cold as much in next to freezing higher altitudes.

Bringing the family along on overlanding adventures? No problem! The Dassie has the space you need with 2F – 3M – 4R seat configuration. This means you’ll have ample room for everyone, including Milo. And when the kids get bored, as they most assuredly will, the Dassie comes with the ideal family infotainment system. Kenwood Single Den w/ Apple Play and Google Play and JBL-6 Way w/ Sub-woofer speakers will keep fidgety youngsters and teenagers entertained while you concentrate on taking hold of the road before you.

If you thought the Dassie edition was something else, you’ll be just as amazed with our other signature build models. With the African wildlife as our inspiration, we have so many to choose from.

Sound like our custom Land Rover Dassie Edition could be it for you?

Contact us today for more information about how we can get you one!