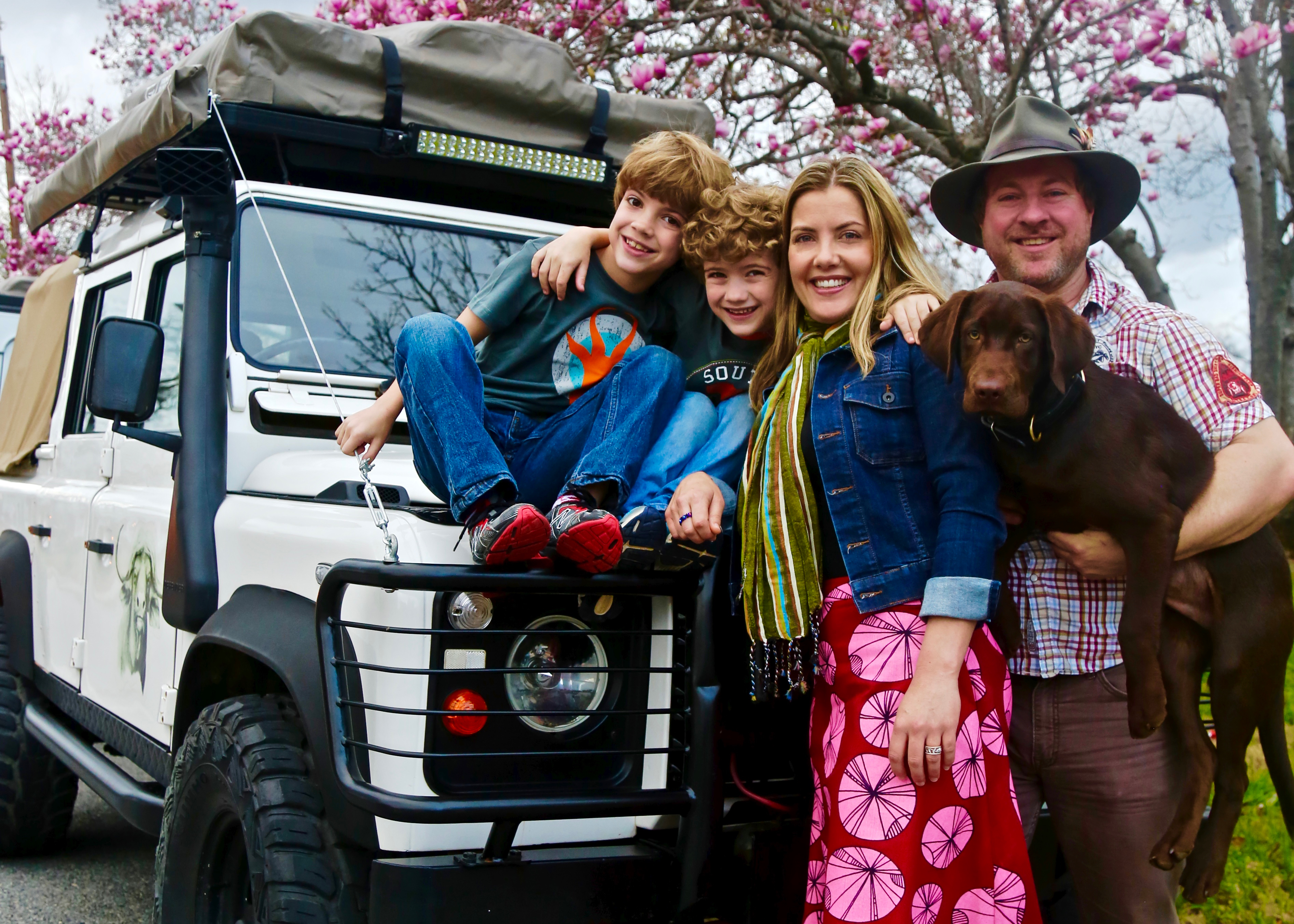 Before I arrived on my first trip, I was told by a South African that the one thing I’ll notice about Africa is this incredible energy that surrounds you. I totally laughed them off because I’m not one of those people who believe in that sort of thing. I’ll be the first to admit I was wrong. I’m not sure if it’s the way the sun hits you, but you can feel the energy of the continent. That’s what made me fall in love with it.

You’d think that I would be living in this new-found gem of a country that I loved so much. Some love is stronger than others. I have two incredible boys from my first marriage who live in the States. As much as I love Africa, it pales in comparison to the love I have as a father.

I came to SA because I was chasing a girl, or should I say, I was chasing the girl. Roos-Maryn and I were dating at the time and we flew over so that I could meet her family. I’m not sure if I was more nervous about meeting her dad or getting eaten by a lion.

After surviving the wild first parental introduction, I began taking in my surroundings. What immediately struck me about Africa was the disparity between what I had envisioned and what it truly was. I was taken aback by the infrastructure, the commerce, the diversity of people who make SA such an incredible place.

South Africa offers diverse and untouched tracks that are waiting to be treaded. My favorite trips are the ones where I throw some clothes in a bag and hop on that 16-hour plane ride to Africa. Sometimes, I’ll be looking at my wife at home in America and I’ll just say, “Let’s get out of here.” It’s so hard to name just one favorite spot in SA because there are so many unique places. But, if I had to pick, I’d say the top of Paarl Mountain in the Western Cape. That is the place I proposed to Roos-Maryn and where my African adventure started.

What About That Second Love?

From the time I arrived in South Africa, the Land Rover Defender of Southern Africa caught my eye. There was something so different about it compared to its older brother in the UK. It looked so much stronger, and the stories it could tell were so much cooler.

The older trucks that could be legally imported were in remarkable shape because they had lived in a dry environment. I felt I could help tell the stories of these vehicles and bring them to the US. We could also bridge the gap between $20,000 pieces of trash and $200,000.00 Defenders that can never justify such a price tag.

My biggest escapade to date, was when Roos-Maryn and I took our honeymoon. I purchased my first Defender that we named Billy, then took off driving through Namibia, Botswana, and back to SA.  We spent nearly a month wandering through southern Africa and picked up some of my lifelong friends in Joburg and took them into the famed Kruger Park for a week.

While in Kruger Park, we came across our first big male lion standing in the middle of the road. You have to have been back in your camp by 5pm and because of this, we rolled in a little late which was not to the liking of the guards.  After a good talking to, I thought I’d be a good samaritan and go pick up a couple of trash cans that had been knocked over in the camp.  Little did I know there were two honey badgers having a romantic dinner inside those trash cans and they too showed me their displeasure as I high-tailed it out of there.

Classic Overland was started to create immaculate, fully restored Land Rover Defenders at a price that doesn’t cause the purchaser to be upside down in their prized investment. Needless to say, Classic Overland was formed on the foundation of love for those whose hearts yearn to go the extra mile and were born to be free.

Looking for travel inspiration? Take a look at our blog or follow us on Instagram at @classicoverland.