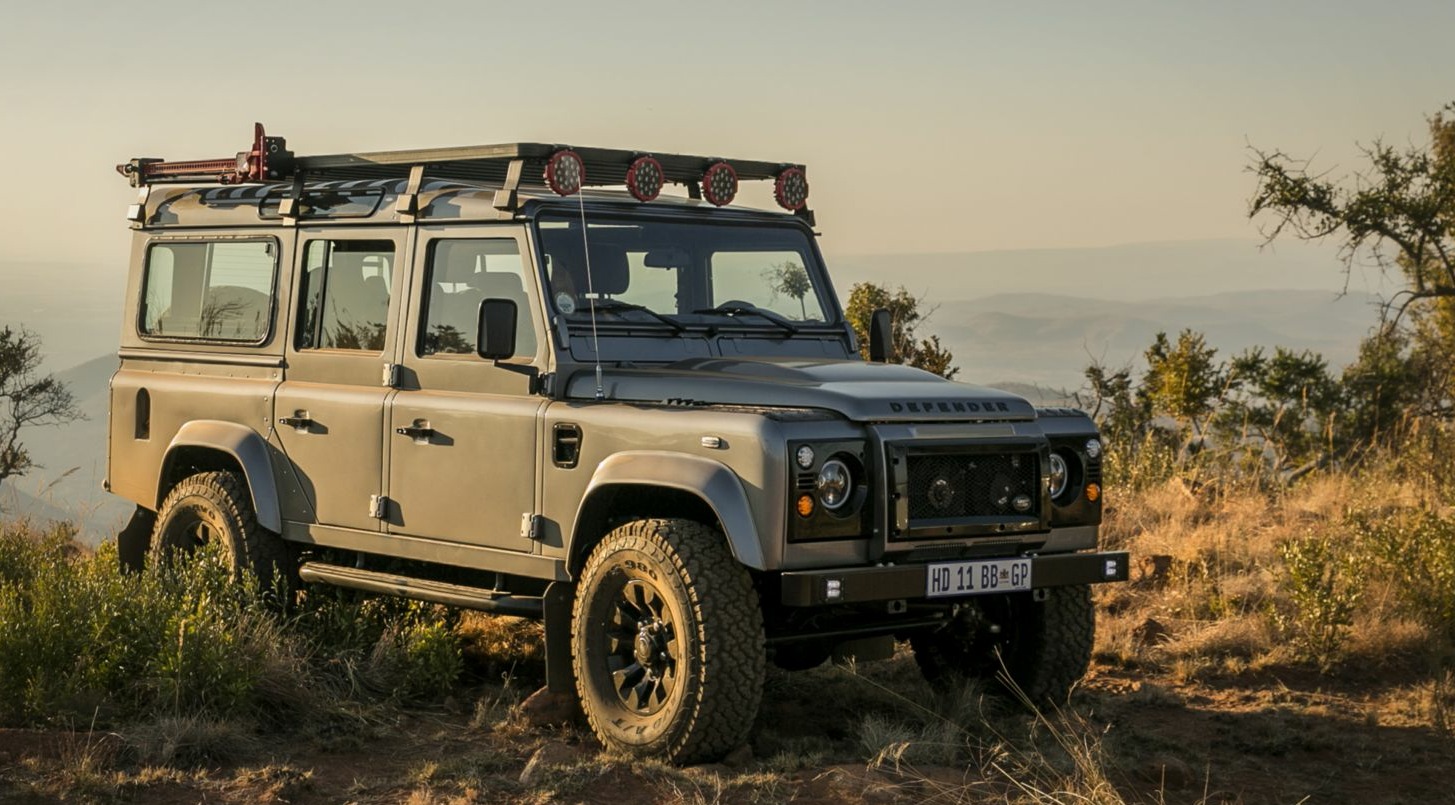 A little bit of Africa lives in every Overland Defender we create, and our African Tusker Edition Defender is no exception. In fact, it may be the signature build that connects us the most to the grasslands of the wild.

Inspired by Africa’s Big Tusker Elephant, our African Tusker Edition is as memorable as they come. And we like to believe that to own this particular signature build is almost fate so that you can create memories in an overland Defender built for greatness.

The Great Legend of Africa: The Big Tusker Elephant

Majestic and powerful in its stance, the African Big Tusker elephant is one unforgettable mammoth. With tusks long enough to touch the ground, it proudly wears this as its crown, despite being hunted for it by its biggest enemy, humans.

Sadly, this beast was also once known for being a massive prize for trophy hunting and large-scale ivory exploitation. And this has led to only a small percentage of big tuskers being left on the African continent. But despite a significant decline in their population, the last of their kind find sanctuary in the Kruger National Park.

In an attempt to do justice to their majesty, we created an overland Defender that embodies the magnificence and mystery of the great African Big Tusker. And as you drive off in this signature build, our only wish is that you get a glimpse of the power of this African legend.

Thick Skin With a Story to Tell: The Tusker Defender Interior

There is a reason why we call this mammal a gentle giant. Although its coat is textured and rough to the touch, an African elephant’s skin is quite sensitive. And despite some areas of their bodies being up to 2.5 cm thick, they require regular mud and dust baths to fight off parasites and skin diseases.

But don’t worry. You won’t need to throw any dust or mud into your Defender’s interior. The Tusker Defender Edition features quality African black leather seats with custom diamond stitching. This gives your interior a unique, vintage feel, and just like the African Big Tusker, its own story to tell.

Its flexible seat configuration allows you to travel with every member of your herd while still fitting in all your off-road adventuring essentials.

Speed Comes in all Sizes: The Tusker Defender Engine

For hundreds of years, the mystical African Big Tusker has been chased down by humans throughout Southern Africa. And now, sadly, man’s greed has essentially caught up with them. But, this isn’t because the beast doesn’t know how to get its feet moving.

Although the African Big Tusker does not exactly appear nimble, it can run faster than most people expect. Despite weighing up to 7 tonnes, they can often reach up to 45 mph (to give you an idea: it’s a lot faster than any human can run!)

The same is true for our Tusker Defender. Fitted and powered by a GM LS3 engine, this signature build makes its presence known wherever it goes.

A Beast Built for the Trek: The Tusker Defender Exterior

Despite being spotted out in the open grasslands, African elephants prefer to spend most of their time in the bush. And we’re sure you could say the same for you and your Defender. That’s why our Tusker Defender is built to take you into the deepest parts of Africa.

Its custom Corris Grey paint job pays tribute to the protective grey coat of the beast that travels far and wide. The Tusker Defender is also fitted with Maxxis Bighorn tires. These wheels are for adventurers who enjoy taking the unruly route. And with a Front Runner Roll Cage and LED headlights, you can always consider yourself ready for an off-road adventure in the African bush.

We keep the traditional shape and structure of this Overland Defender, as we do with all of our signature builds. We believe in honoring the original Land Rover Defender design’s integrity while still giving it a fresh and modern finish.

The Matriarch: A Four-Wheeled Beast to Remember

Today, there is only a handful of Big Tuskers roaming the grasslands of the wild. However, they have definitely left their mark in history as one of Africa’s most legendary beasts.

The oldest female in the group often leads the herd, the Matriarch, because she has the most knowledge and experience essential for survival. Males will often leave the herd during adolescence and live a life of solitude. But of course, no Overland Defender we build is for you to go on adventures alone.

The Tusker Defender Edition is a 4×4 to make memories in. And we’d like to think it honors the memory of the great elephants that once roamed in abundance through the African grasslands.

Contact us today, and we’ll help you build a Defender that inspires you to make more off-roading memories.