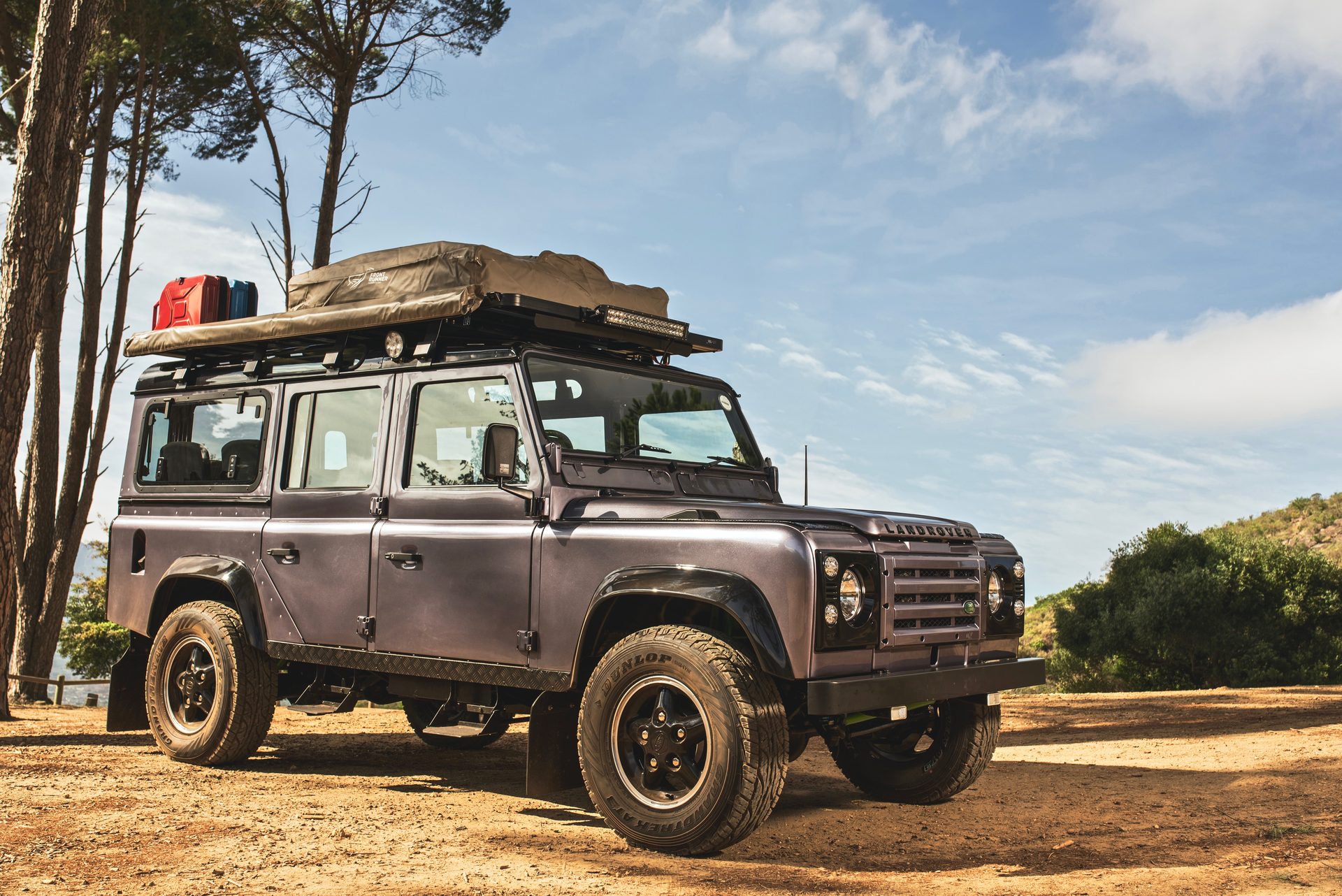 In the US, Defenders have legendary status. Yes, they may have started their humble journey on British soil. But that doesn’t mean it doesn’t have its fair share of American heritage. Here’s why we consider the Land Rover Defender USA an all-time American classic.

While the 90s is best remembered for the likes of  Friends, The Spice Girls, the brick cell phone, and more, it was also the year the Land Rover Defender made its big debut in the US. More specifically, it was the NAS or North American Specification Land Rover Defender 110 model that was reintroduced onto US soil after a nearly two-decade absence from the market. This was partly due to the stricter standards of the National Highway Traffic Safety Administration (the NHTSA) enforcing more stringent road-worthy standards for utility trucks that didn’t fully comply.

With over 500 units up for sale in the US that lasted a four-year span between 1993 and 1997, the NAS Defender 110 cemented the staying power of the Defender. The master of reinvention, we have to agree, no other 4×4, has continued to stand the test of time quite like the undisputed Defender.

The first of its kind

Indeed, the 90s were definitely a game-changer for this iconic brand. In fact, with the NAS Defender 110, luxury, style, and practicality came out on top with this kitted-out, all-white version of the ultimate utility truck. If ever there was a Defender model that aimed to delight adventurers more so than other previous models, the NAS Defender would have to be one of the top contenders for the title.

Furthermore, the NAS set the bar for what the ideal Overlanding vehicle should be. From an aesthetics point of view, it featured a more robust 3.9l V8 engine, a roll cage, a protective brush guard, air conditioning, and a handy roof rack. A removable fiberglass roof soon became a hardtop. And the range of colors diversified from strictly white to a range of other more modern and trendy hues. That is, until new legislation put a halt to the further sale of the NAS Defender 110 and 90. This was ultimately because of the airbag and side-impact door restrictions, which this model had yet to include.

A Defender never to be forgotten

Even though this classic Defender type was eventually phased out, it doesn’t mean you can’t get your hands on one today. It just so happens that Defenders over 25  years old were excluded from this prohibition list. And because the demand for vintage remains high, importing this classic truck soon became (and still is) the next viable option. In other words, if you are looking for a Defender with old-school charm, it is still possible.

At Classic Overland, we understand the appeal of a vintage vehicle with a modern twist. That is why we have gone all out to get you the Defender of your dreams. Our Defenders are no ordinary Defenders and are imported all the way from Africa right here to the US. Furthermore, we handle all the paperwork and pre-inspection and registration processes for you. Overall, you can rest assured you are getting a truck that meets the benchmarks for quality and reliability.

A Defender of note

We not only source Defenders but refurbish and remodel them too. So, if you’ve got an idea in mind, we’ll try our utmost to make it happen. And if you don’t, we have a wide selection of customized Defenders to choose from. Just check out our range of African-inspired Defenders that tell our story as well as our journey at Classic Overland.

Start your own legacy

At Classic Overland, we want to see you create your own legacy, too, starting with one of our bespoke 4x4s.

So contact us today for more information on how to get your hands on one of our game-changing Land Rover Defender USA models.