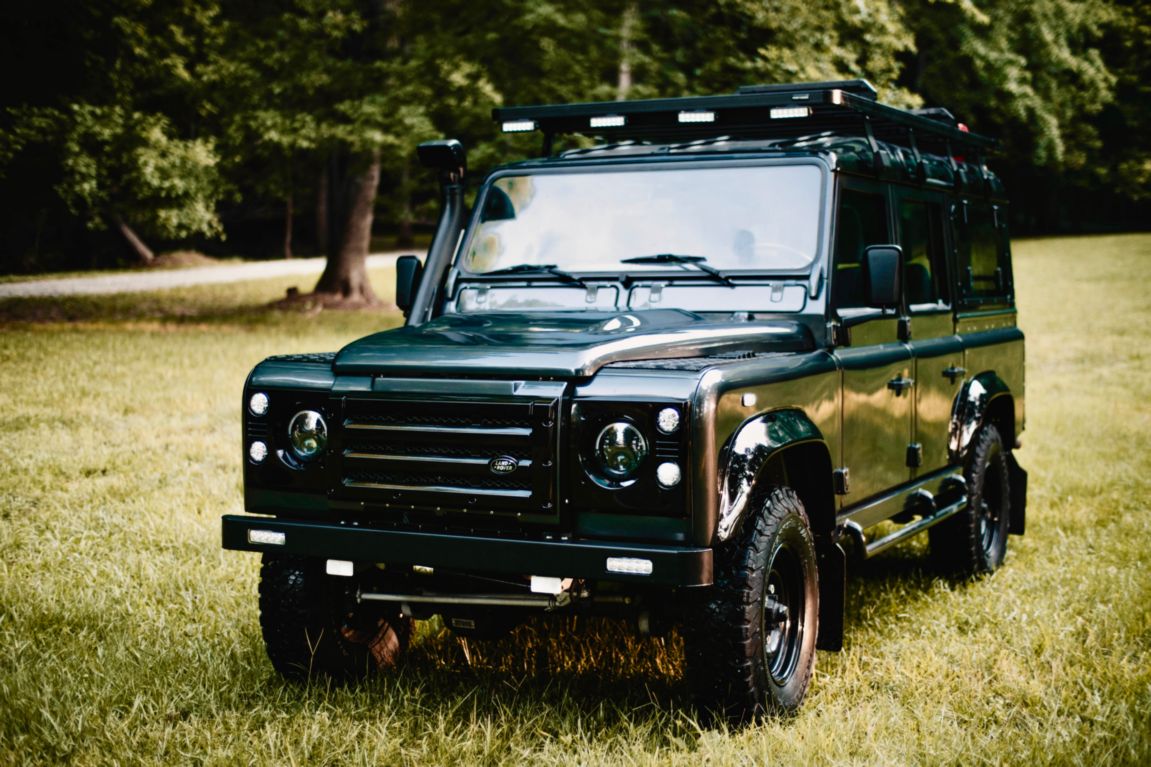 We take pride in our custom overland vehicles because they make up everything we stand for at Classic Overland. The Imbuvu Edition Defender is an elegant, yet fierce beast in our signature builds family, named after the African Hippopotamus. And it is the essence of the repowered classics that roll out of our custom restorations shop.

It’s considered to be the most dangerous terrestrial animal on the African continent. And this Defender embodies the heavy-weight champion hippo’s power and ferocity. Read below, if you dare, as we take a closer look at the Imbuvu Edition Defender.

The King of the Grasslands: The African Hippopotamus

An animal who prefers a vegetarian diet and that is somewhat ‘soft’ around the edges, the African Hippopotamus can often seem passive in its stance. However, this beast is packing more heat than your Land Rover engine after a joyride. Weighing in at around 3,500-9,000 pounds and with teeth capable of slicing a small crocodile in half — this mammal reigns supreme over the African plains.

As a semi-aquatic creature, you can find the Imbuvu (Zulu for Hippopotamus) in deep bodies of water and slow-moving rivers. However, while they mostly prefer sun-bathing in the water, they are also a force to be reckoned with on land. Dare to cross this beast’s territory, and you may find it charging at you at a shocking speed.

To honor the King of the Grasslands, The Imbuvu Edition Defender, from our custom overland vehicles collection, is ready to take you across the African plane at exhilarating speeds. And it’s even equipped to get you to the other side of the river.

The Imbuvu’s armor is typically slate brown with hues of grey and purple. And so, we gave the Imbuvu Edition Defender a Corris Grey exterior to match the beast’s coat that inspired it. Driving this Defender down sunnier paths will indeed catch the envious eyes of your fellow drivers.

The African Hippopotamus predominantly spends its time in the water. So, what kind of Defender would the Imbuvu Edition be without being able to ‘swim’? Thanks to its KBX air intake snorkel, you can explore places that most dare not go and cross rivers with your off-road companion.

When it comes to our custom overland vehicles, we honor the Land Rover Defender’s classic features. We don’t change its traditional sharp, square lines. Instead, we polish this classic look with exquisite detail, and the Imbuvu Edition Defender is the essence of this practice.

Although we’d never wish it on anybody, the Imbuvu Edition’s interior represents what we’d imagine being in the belly of an African Hippopotamus would resemble. However, the thought is quickly washed away by the power you feel sitting in the driver’s seat of this off-road beast.

With a clean and simple grey interior, you’ll feel all kinds of superior — as a King of the Grasslands should. The seats feature a rip-stop canvas material, creating an interior of elegance and modern sophistication. And to add another modern touch, the 4×4 also features a Kenwood Reverse Camera, so you always know who’s entering your territory.

And of course, it wouldn’t be a Land Rover Defender without space for the entire family. With four-seat configuration and ample space in the back, this 4×4 is ready to make every off-road trip an eventful one.

Why Should the Imbuvu Edition Defender be My Next 4×4?

If you’re an off-road enthusiast looking to take on new adventures in a repowered classic, the Imbuvu Edition Defender is perfect for you. Our custom overland vehicles are at the heart of what we love about Land Rover restoration. And the Imbuvu Edition is the perfect example of how we incorporate modernity and sophistication into a traditional Defender build.

And in drawing inspiration from the African Hippopotamus, it is one of the many signature builds we are proud to have as part of the Classic Overland family.

The restorations don’t stop here. In fact, they never end at all. We can build the Defender of your dreams so you can keep on adventuring in style, in a 4×4 you’re proud of. Off-roading lovers ourselves, we know every trip requires a little more than the last. Because your will to explore grows with each adventure.

Allow us to build a 4×4 that enables you to go even further and inspires you to drive deeper into the unknown. And in doing so, you’ll be adventuring in an off-road companion that gives you security and peace of mind, all while looking the part.

Contact us today to find out more about our signature builds or how we can build your dream Defender.