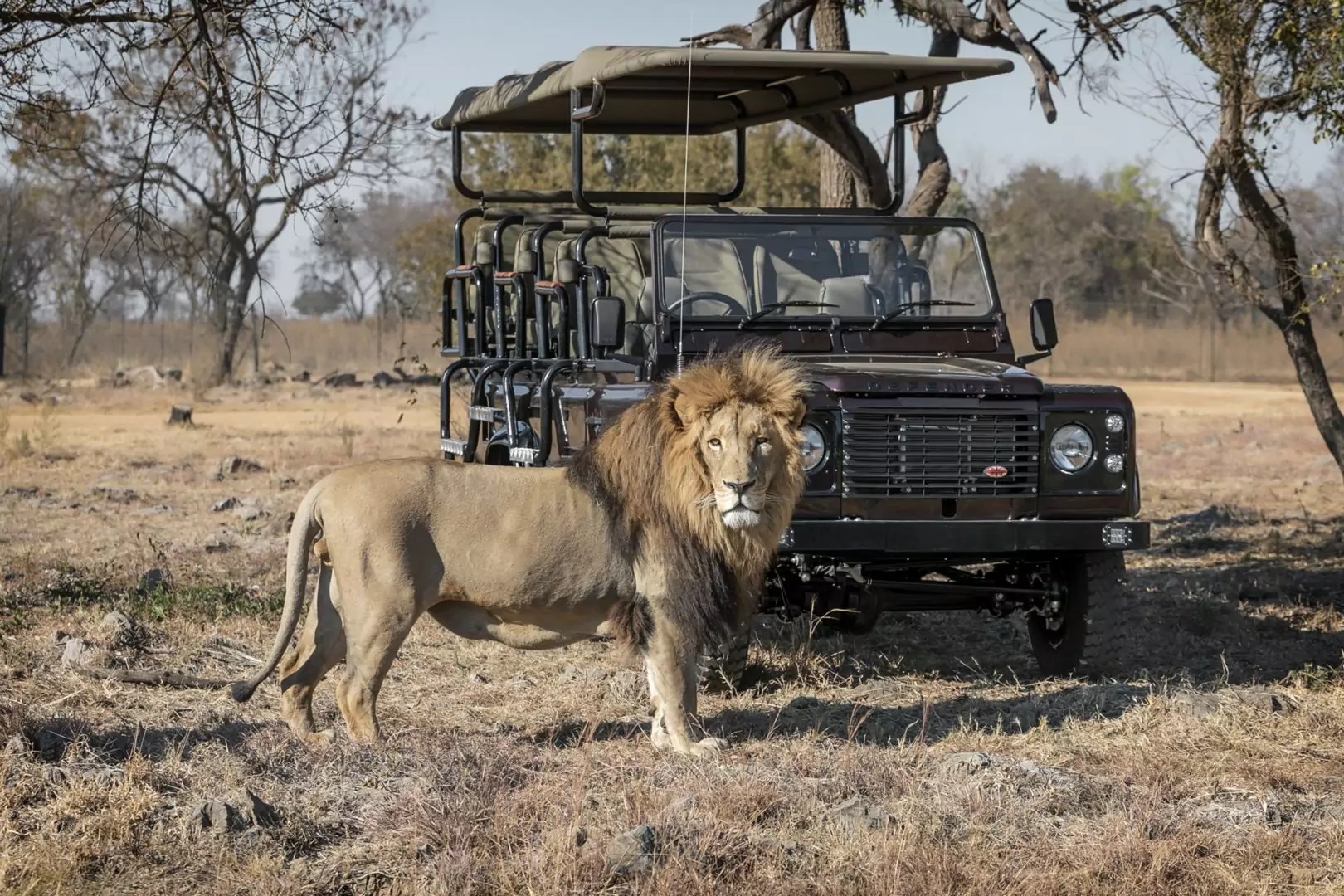 Since its humble beginning in 1948 as a farming instrument for agricultural purposes, the Land Rover Defender has evolved to become one of the most renowned off-roading vehicles to have ever lived.

January 29th 2016 was an emotional day for Defender fans; with Land Rover Defender production ending after 69 years. We had to do something! And so we did.

South Africa has a long history with Land Rover Defenders; from the 60s to the 90s, the Defender was assembled in Cape Town, South Africa. Because South Africa still has a substantial supply of original mint-condition Defenders and the required skills to refurbish them, Classic Overland set up its workshop in South Africa to source, restore, and import some of the last known original Defenders to the US.

We’ve had the incredible opportunity to source some of the most vintage Defenders in South Africa, but more than that, we’ve been gifted the opportunity to experience and explore Africa and all its free-roaming wildlife.

Imagine spotting a leopard in a tree, a rhino grazing through the bush, elephants on their stately trudge, buffalo at the watering hole, and a lion – the king of them all – sauntering down the path. We are in awe of the wildlife in Southern Africa and will take any opportunity to jump in our Land Rover Defender and head out on a game viewing expedition.

With our newfound love and appreciation for Africa and its incredible wildlife, we take inspiration from all forms of wildlife when creating our custom Defender builds.

Sitting in the passenger seat of the Classic Overland Krok may feel like you’ve come face-to-face with the Nile Crocodile itself. The 4×4 Krok build features a Puma dashboard, inspired by the rough and intricate scales of the Nile Crocodile.

With the exterior finished in Willow Green Metallic, we’d like to believe that our Krok’s resemblance is uncanny next to the African Crocodile itself.

Our design team and the owner of Air Jaws worked together to find the best way to translate the look and feel of the great white apex predator to a custom Land Rover Defender.

Standing at the top of the Defender food chain, with a squared-off jaw and swollen arches, fit with sizeable sawtooth wheels and Toyo M/T tires, paired with a custom cage roll and LED spotlights this custom Defender 110 in Bosporus grey is perfect hunting machine.

The Classic Overland Imbuvu Edition gets its name from the Zulu word for Hippo.

Arguably one of the toughest creatures to roam Africa, the Imbuvu is up for any challenge with its repowered V8 3.5 motor and 5-speed manual transmission.

The Imbuvu’s armor is slate brown with hues of grey and purple. We gave the Imbuvu Edition Defender a Corris Grey exterior to match the beast’s coat that inspired it.

The Lilac Edition was inspired by the Lilac Breasted Roller, an iconic and breath-taking South African bird. A heavy-billed beauty with a lilac breast and throat, a baby blue belly and luminous blue wings.

As beautiful as the bird it’s named after, the Lilac Heritage Build comes repowered with a Land Rover V8 3.5L petrol motor with fuel injection, 5-speed manual transmission, combined with a gorgeous tan interior, and a unique Springbok center console.

At Classic Overland, our Defenders are as close to nature as you can get. Every one of our Signature Builds derives its unique character from the majestic animals that roam the plains of Africa. Inside and out, you’ll experience the heart and soul of Africa’s extraordinary wildlife from the other side of the continent through our custom Defenders.