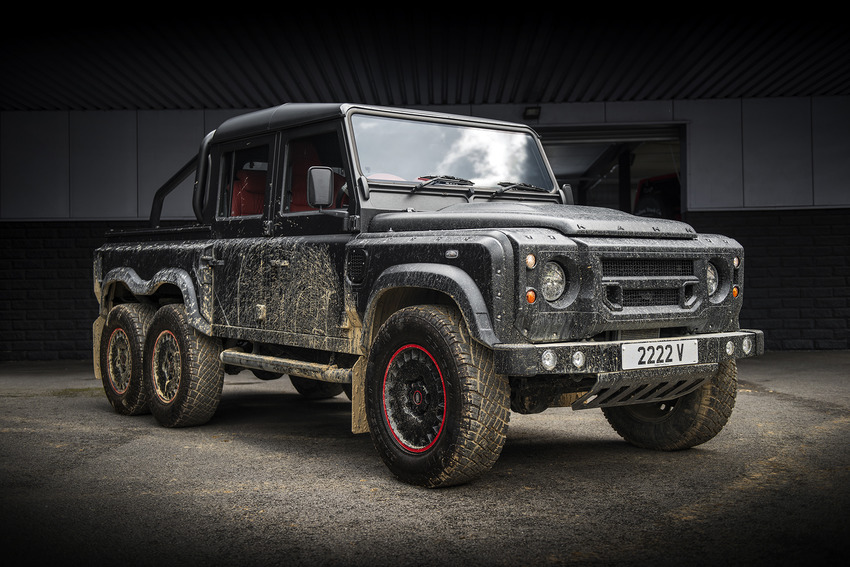 Every monarch has a story behind how they came to conquer an empire, and the Land Rover Defender is no exception. Reigning supreme in the off-road vehicle industry since 1980, one can’t help but wonder how the Defender earned its title. Then again, as one of the Land Rover descendants, we couldn’t expect any less.

The Defender has been through years of innovation and advances to adapt to the needs of modern adventurers. Today, Land Rover offers an off-road model unmatched by any other 4×4. If you’ve had your eye on a few classic defenders for sale, allow us to seal the deal. This car was designed just for you, here’s why:

The Beginning of the Monarchy

In 1983, a coil-sprung model was introduced as the ‘Land Rover One Ten’, the numbers representing the respective wheelbases in inches. The launch of the ‘Land Rover Ninety’ took place the following year as both models replaced an earlier Land Rover series.

As the Land Rover Discovery took centre stage in 1989, both models’ names became what we now know them as the ‘Defender 110’ and ‘Defender 90’.

The production and modernization of these two models began in 1983, according to new technological advances at the time. Modernizations included: coil springs offering improved axle articulation, a taller one-piece windscreen, more powerful engine and a modernized interior.

The Rise of the Land Rover 127

The design of the Land Rover 127 had the use of utility companies and the military in mind. With its 127 inch wheelbase, it had a capacity (more prominent than that of the 110) to carry heavier loads.

The idea was that workers or crew could travel with their equipment all in the same vehicle. The 127 could carry up to 1.4 tonnes compared to the 1.03 tonnes payload of the 110.

Considering the original purpose of design for the 127, those who own this classic Defender today have a piece of mind when off-roading. It offers more than enough strength and reliability to tackle rocky terrain while supporting heavy loads. That makes it the perfect travelling vehicle.

The Reign of the Defender

Due to the introduction of another model, the Land Rover Discovery, The Land Rover 90 and 110’s names had to be changed. In 1990 the models were officially referred to as the Defender, a name relating to their use in the military.

Besides the new name, the most significant modification of this model was the engine. A pre-existing 2.5-litre turbo unit with improved turbocharging and modern alloy cylinder head had allowed the Defender to travel at high-speeds while still carrying heavy loads.

The 200Tdi engine also caused the renaming of the Land Rover 127 to what we now call The Defender 130. The wheelbase remained the same; however, Land Rover felt the numbers sounded better when rounded up.

The Rule of the Td5 Engine

After the 300Tdi in 1994, The Defender received a new engine modification in 1998. A 2.5-litre, five-cylinder in-line turbodiesel engine known as the Td5.

This engine used electronic control systems and produced more kilowatts than that of the Tdi engine. The electrical system allowed for significant modifications and luxury features such as heated seats and air-conditioning.

Many traditionalists were critical of the new electronic systems as they believed these systems would fail under extreme conditions. However, these theories are yet be proven considering the trust that most people put in their electronic Defenders today.

With components and systems quite different from its predecessor Defender model, the 2020 model features an aluminium unibody instead of body-on-frame construction.

The Defender 2020 is the first model to break away from the bulky and rather militarian look for what it is known. With this new off-road vehicle, we see the design of a more sleek and modern frame. We predict that this new model will gain appeal from luxury car owners more than ever before, opening up a new market for the Defender.

If you’ve seen any classic Defenders for sale lately, we’re sure you’ve picked up that modern designs have not strayed too far from that of the concept of Land Rover’s first launch in 1948.

Land Rover is one of the very few car companies that have allowed us to experience a car evolution through improved performance rather than dramatic exterior modifications.

We must consider that the placement of the Defender’s nameplate only occurred four years after it’s birth, in 1990. It provides more insight into how significant this off-road vehicle’s journey is and how its relevance in today’s world is an underrated achievement.

The Defender has gone to war and back (quite literally) to become the luxury 4×4 that it is today. It has continually adapted to off-roader’s needs and as a result, is the leading vehicle in the off-road car industry today.

Up until 2019, the Defender had not undergone many exterior changes but rather mechanical ones. Land Rover has shown dedication to modernizing what really matters, performance. And we hope this article has convinced you to make the Defender your next off-road companion.

Want to become a part of the Land Rover family? We have a range of custom and classic Defenders for sale. Enquire today! For more information on any of our services and products, contact us today. And don’t forget to follow us on Instagram.