At Classic Overland, our love for safaris in Africa is as infectious as our love for Defender Classics. When visiting vibrant South Africa, what we look forward to most is getting behind the wheel of a Defender born and bred in Africa and taking it out on a photo safari through the Kruger National Park — a birder’s paradise. 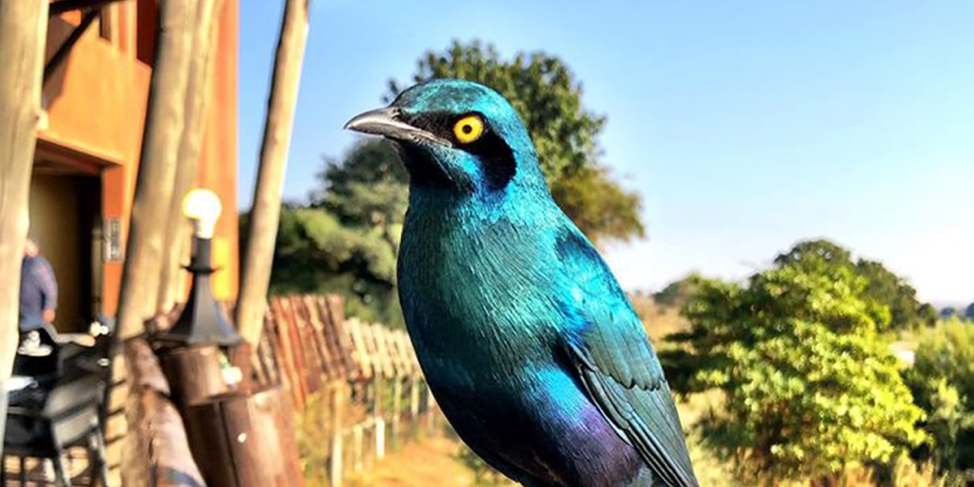 If South Africa’s next on your bucket list, and a birding safari on your to-do list, then the Kruger National Park is your point of entry. Especially if you’re a birder, we guarantee that you’ll be in paradise. The park spans a surface area of 7,580 mi² where over 500 species of birdlife can be found — some of which can only be found here.

Some of the more common residents include the ubiquitous hornbills, starlings, vultures, rollers, bee-eaters, shrikes, and kingfishers. While the Kruger National Park is famous for the “Big Five”, it’s also known for its iconic “Big Six” birds, which are indigenous to the region. 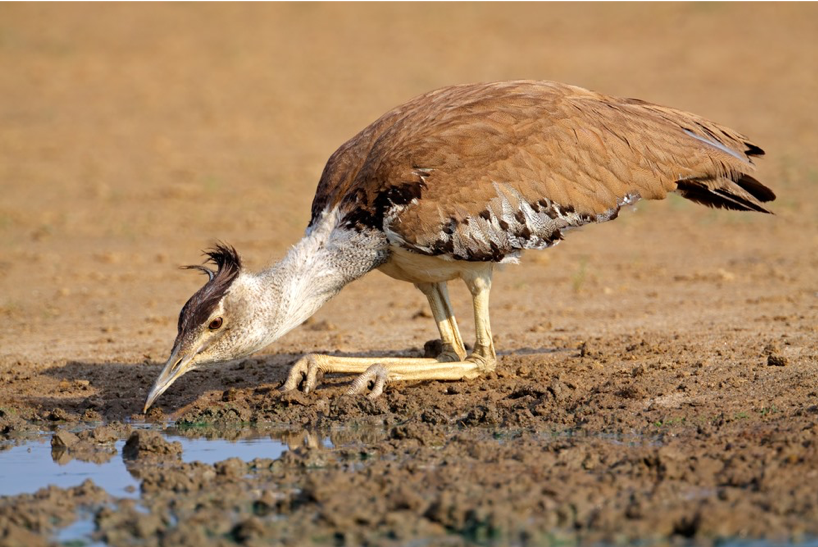 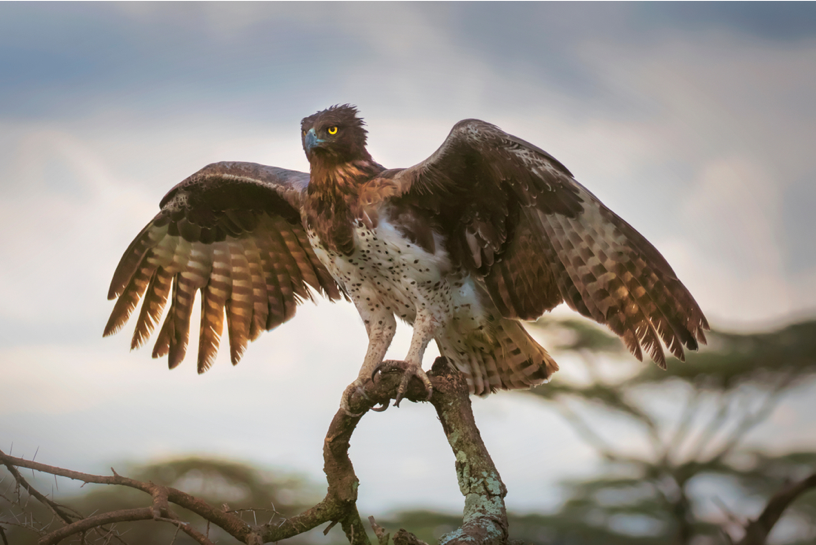 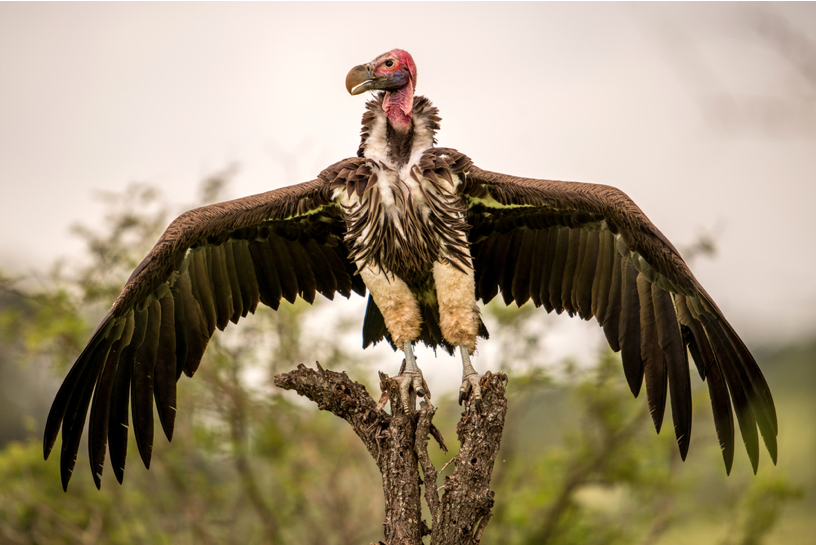 The Pel’s fishing owl is the second-largest owl in Africa weighing in between 4.4 and 5.2 pounds. They are a lovely ginger brown to russet color and have black spots on both their wings and bellies. Another distinguishing feature is a dark stripe on its tail feather, as well as its white throat, which is usually covered by tan feathers. These owls would normally hunt at night and feed almost exclusively on frogs and fish. A sighting of a Pel’s Fishing Owl is extremely rare, as they are quite shy. So when you do see one, it’s always a thrilling event.

The Southern Ground-Hornbill is the largest hornbill species in the world. Weighing between 4.9 and 13.7 pounds and measuring between 35.4 and 50.8 inches long, these Hornbills are considerably large. These birds are black in color with bright red skin around their eyes and throat. Females have a recognizable bright blue stripe under their chin. Its preferred habitat is in grasslands with some trees. Its diet consists of insects, small reptiles, frogs, snails, and small mammals.

At five feet tall, the Saddle-billed Stork is the tallest stork in the world. The Saddle-billed Stork’s head, lower back, and wings are covered in iridescent black feathers while its upper back, chest, and stomach appear a crisp white. Its long beak is red with a black and yellow bar between the eyes. Both open and wooded wetlands are its preferred habitat. Its diet consists of frogs, fish, and crabs, although it has been seen feeding on small reptiles and other birds.

Being the centre-fold of our visits to South Africa, The Kruger Park is a place we hold dear. And we hope to continue visiting it in the years to come. If it’s an adventure out in the wild that you seek, South Africa’s Kruger National Park — the birder’s paradise, is your point of entry.

For more information on our experiences at The Kruger National Park or any of our services, contact us today.

A safari through the Kruger Park with Classic Overland

Essential Modifications for Travelling Through Africa