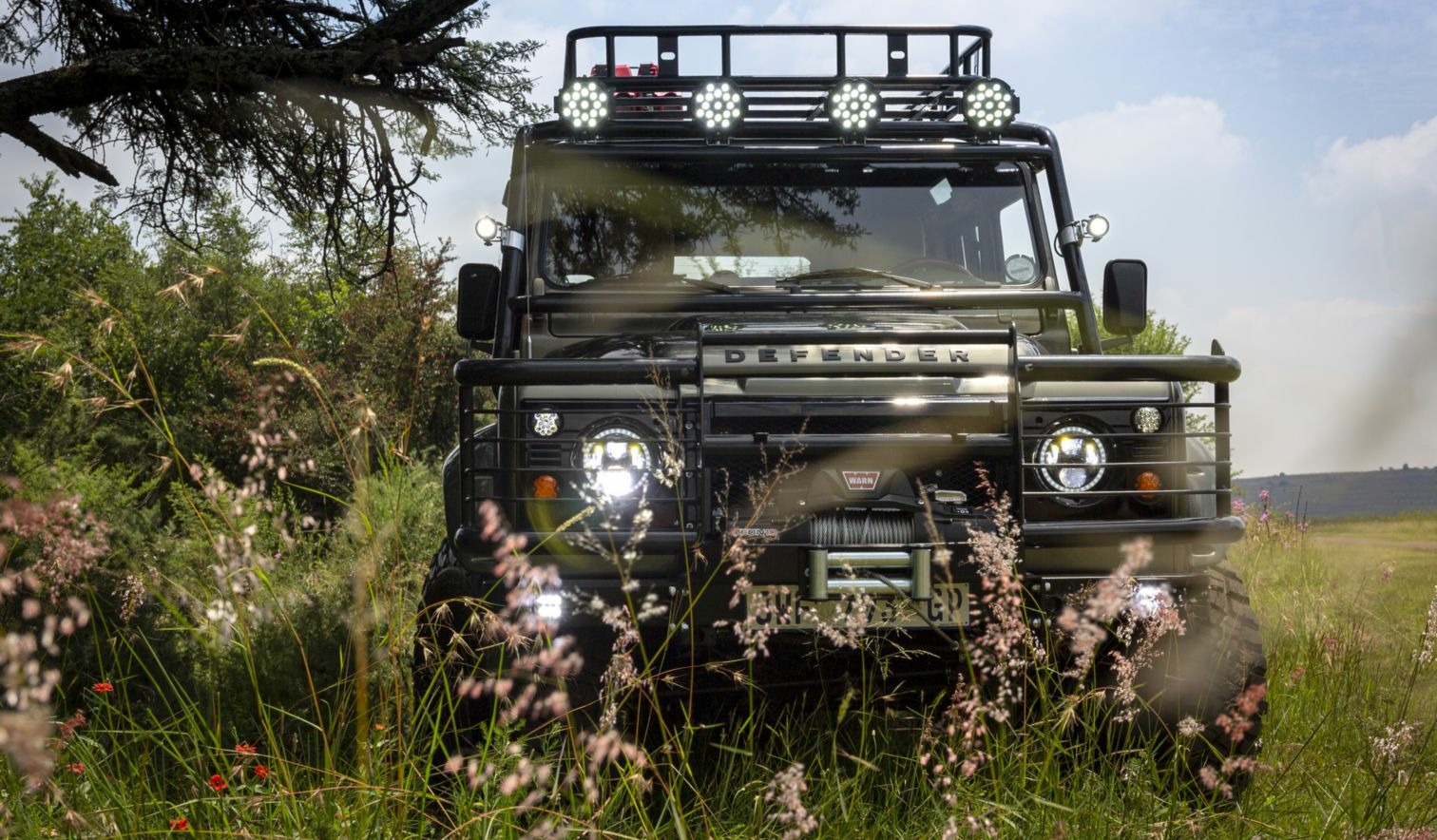 At Classic Overland, we combine the love we have for the creatures of Africa with our passion for Defender restoration in order to bring you dependable yet bespoke vehicles. We take the word ‘beast’ to the next level by turning classic Defenders into mud-eating, terrain-tackling animals.

And might we say, the Defender Krok Edition is one such animal. Just as the Nile Crocodile rules the rivers of Southern Africa, this signature build was designed to rule the rocky paths of the wild. Allow us to introduce the Defender 110 Krok Edition, the ultimate 4×4 for the ultimate adventurer.

The Beast Who Inspired the Beast: The Nile Crocodile

As one of the most feared predators on the African continent, it was only fitting that we drew inspiration from the Nile Crocodile to design one of our most ferocious Defenders. This crocodile is Africa’s largest reptilian, often weighing in at around 1600 pounds and growing as long as 20 feet.

Much like the engine of our beloved Defender Krok Edition, this animal does not mess around. With its razor-sharp teeth, it can exert a bite eight times more powerful than a Great White Shark and fifteen times more than a Rottweiler’s. Now if that doesn’t strike fear into your heart, then we don’t know what will!

The Nile Crocodile has a somewhat deserved reputation as a vicious man-eater, as its habitat is often in close proximity to people. But not to worry, our Defender Krok Edition is no man-eater. But rather a four-wheeled animal ready to take on the wild, just like the beast that inspired it.

The Specs of the Defender Krok Edition

We put in the hours, skills and passion to bring our clients bespoke vehicles that are better than new. And we do this by letting the African beasts we love inspire each design choice within the restoration process.

The Scales and Tails: Krok Exterior

The Krok Edition is a restored Defender 110 Station Wagon, strutting its stuff in a Willow Green Metallic paint job. We’d like to believe that, thanks to its color, the resemblance would be uncanny if it were to stand next to the African Crocodile. The Defender also features a standard Land Rover black bumper with LED Runners.

The Nile Crocodile does not sneak up on its prey, but rather ambushes them when they get close enough to the river bank. Although they’re rough around the edges and appear to be a bit sluggish, this predator is as stealthy as they come. And thanks to the Krok Edition’s Maxxis Bighorn tires and sound-proofing dynamat, it embodies the same agility and stealth.

Although the Nile Crocodile has the strongest bite in all of Africa, its jaw is surprisingly weak (it can be constrained with something as simple as duct tape). Luckily, this is the one area where the beast and the Defender Krok Edition differ. Our signature build features a standard Land Rover bumper, and might we say, it’s a bumper to be reckoned with.

The Jaws and Claws: Krok Interior

The first thing you’ll notice about the Krok Edition’s interior is its rich African leather seats. It resembles the color of the sandy riverbanks of the Nile Crocodile’s territory. And just like this beast can grow as long as 20 feet, the Krok Edition is boastful in its size as well. It features seven seats, providing ample space for the entire family to join in on the overland adventure.

Upfront, the 4×4 features a Land Rover Puma dashboard, its design inspired by the rough and intricate scales of the Nile Crocodile. Sitting in the passenger seat may very well feel like you’ve come face-to-face with the reptilian. The dash also hosts a Kenwood Garmin GPS and a reverse camera so you can have ‘eyes everywhere’.

The crocodilian digestive system is still a wonder to many. They are able to digest almost any body part of their prey – including feathers, horns, and bones,. And this is all thanks to the acidity in their stomachs. They are also able to survive without eating for very long periods of time. While the Defender Krok Edition won’t swallow you whole (we promise), it has an accommodating amount of storage space. This is just what you need for those longer off-road trips.

How To Get Your Hands On The Defender Krok Edition

We’ve taken inspiration from the vast body of wildlife that lives and thrives across the Southern African terrain. From the stealthy springboks to the gregarious wildebeest, we give all of our Land Rover signature builds a personality and a character that could blend into the backdrop of the African plains.

From the roar of a V8 engine to the sophisticated color scheme of the Defender’s exterior, you’ll feel like you’re part of the pride. The Signature range offers unique Land Rover rebuilds, customized to your aesthetic needs.

To get your hands on the Defender Krok Edition, or to create your very own four-wheeled animal, you can count on Classic Overland to help make your overlanding dreams come true.