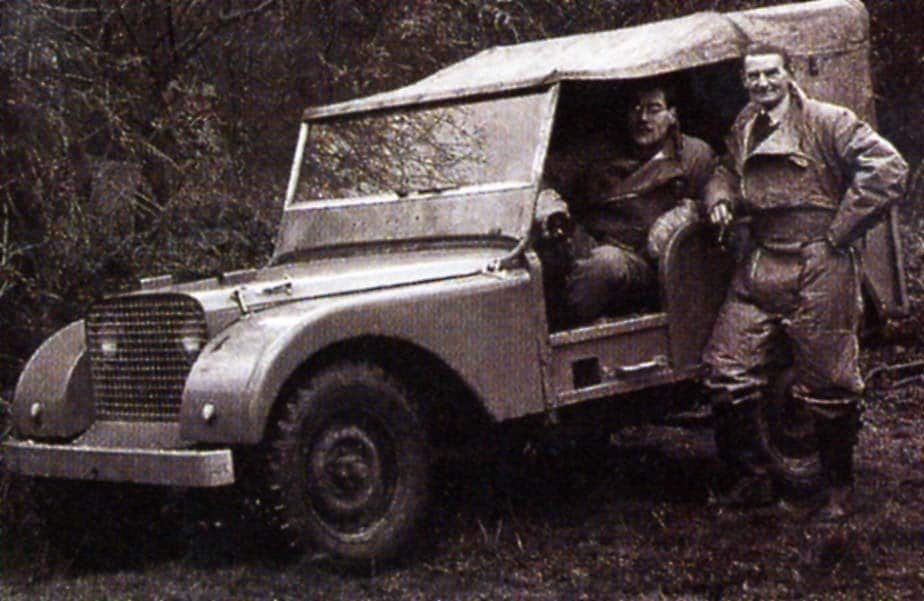 Land Rovers were originally created as a farming tool; its rugged design allowed farmers to roam across rough terrains, keeping restless hearts on the move. The first Land Rover was built by Maurice Wilks in 1947 on the sand of a Welsh beach. The engine was a unique Rover’s, but a Jeep’s chassis made up of off-cuts, was used initially.

One year after the creation of this new 4×4, the Amsterdam Motor Show officially introduced Land Rovers to the public, which proved to be a mountainous success. By the end of 1948, the vehicle was being exported to almost seventy countries and the USA began to import them in 1949. Land Rover’s design was changed a year later, with stronger headlamps and a hard-top. The four-wheel system was also updated and throughout the years, Land Rover has been continuously improving – increasing the engine and vehicle size, adding more loading space, including new power units and greater power output.

The 2.0-litre diesel engine was introduced in 1957 and in 1958, a decade after Land Rover was first shown at the Amsterdam Motor Show, the Series II was released at the same event and featured a 2.25-litre petrol engine and wider body. About nine years later the 2.6-litre engine, with six cylinders on a wheelbase model of 109 inches, was born. Forty years later, in 2007, the original Defender was upgraded to a 2.4-litre diesel unit along with a new six-speed gearbox and new interior.

Land Rovers were and still are being produced at a rapid pace. The 250 000th one was made in 1959 and twelve years after that the 750 000th Land Rover was manufactured. The 88-inch Station Wagon Land Rover was the one-millionth vehicle of the family to be produced in 1976.

Land Rover has always, especially with the Defender, forged its own experiences. However, in the course of its history, the brand has changed hands. In 1994 BMW acquired it, six years later the Ford Motor Company bought the Rover Group and then sold it to Tata Motors, who now owns Jaguar Land Rover.

The Land Rover Defender was developed in the 1980’s from the original series and has taken on a life and a fan following of its own, drawing loyalists in from around the world for decades. The unforgettably rugged design of a Defender speaks to the practical-minded and the dreams alike.

Land Rover has updated the Defender models over the decades and was forced to stop production of the classic design. The final classic Defender was created in 2016 and an all-new Defender is going into production early in 2020. Although these builds have said to be, “the rebirth of an icon”, we still believe in the originality and class of a thoroughbred.

Defenders have come a long way and don’t intend on slowing down anytime soon. Defenders still offer the best of both worlds whilst maintaining their original DNA. Classic Overland proudly customizes the original models, ensuring these relics are still put to good use while remaining true to what drivers know and love.

Sometimes, “In with the old and out with the new” is the way to go. If making a few adjustments to revitalize a quintessential vehicle is what it takes to stay classic, we’re all in.